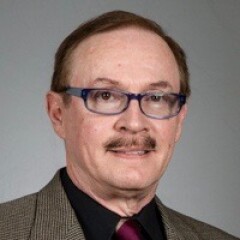 Robert L. "Bobby" Oliver has taught Curriculum and Instruction courses in both Methods and Instructional Planning for classical and modern languages in the undergraduate and graduate M.A.Ed. program. He has been associated with the School of Education at The College of William & Mary since 2004. Oliver earned a B.S. in Spanish, Speech Communication, and Secondary Education from Old Dominion University, and a Master of Arts in Spanish from Middlebury College. He currently holds a Postgraduate Professional Teaching License issued by the Commonwealth of Virginia in Spanish, French, Latin, Speech Communication and English as a Second Language. Oliver has also been a University Supervisor for The College of William & Mary since 2010. He has instructed, supervised and evaluated both student teachers and interns in their Spanish, French, Latin, German and Chinese field placements for both the School of Education and the William & Mary Confucius Institute. Oliver is a member of Equality WM and a volunteer with the W&M Safe Zone Project. He and his husband, John—recently married in New Hampshire—make their home in Williamsburg.